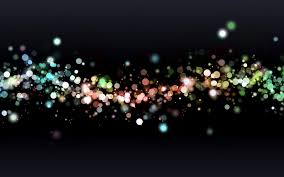 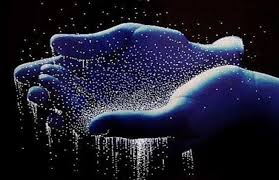 When man lives constantly in harmony with the frequency of Pure Love, he in turn emits the wave of life

and adamantine particles from his heart.

Adamantine Particles and the Power of Love

Adamantine Particles and the Power of Love
by Mary Mageau

In our English language the word, adamantine, refers to something that is extremely hard or unyielding. Taken from the Greek word, adamas,
(meaning invincible), adamantine can also function as an adjective to describe something hard and brilliant, like a diamond. If one would
say, ‘I’m adamant about this,’ it would mean that the one speaking is either firmly accepting or opposing your request.

When the term particle appears with adamantine it derives from quantum theory. Thus adamantine particles describe all fundamental, subatomic
particles. These particles form all of the elements in the universe by assembling the atoms of all the original substances such as oxygen,
hydrogen, iron, etc. They are the basis of everything that exists, including our bodies and are the smallest particles that cannot be
divided any further. Quantum physicists have already discovered these particles but have selected other names by which to identify them:
electrons, quarks, muons, neutrinos etc. These pure particles are so small and simple that they represent an absolute and so are one of the
constants of the universe. Adamantine particles are crystalline particles of infinity that all contain the stored potential to
manifest any original substance or element. These particles are encoded with a type of universal ‘DNA’ somewhat like stem cells, which
allow the particles to form any possible type of atom.


The Power of Love

Adamantine particles require power to build other particles and atoms.
However, only one other type of energy is compatible with them. This energy is the magnetic power of love, which pervades the universe in
the form of the Universal Life force, or chi. ki, prana etc. Love is not only a most beautiful feeling, but is the power which ignites and
directs adamantine particles into manifestation.

Jeshua Ben Joseph, (Jesus Christ, Sananda, or by whichever name you choose to call him) has given us this explanation of adamantine
particles through Glenda Green’s book, Love Without End.

Every manifestation is a revelation of adamantine particles, emerging from the infinite ocean of Spirit, under the directing intent of love.
This phenomenon pervades and sustains all existence without end. The sharing of adamantine particles is the breath of life. There is an
ongoing exchange of these particles throughout existence. They not only comprise organic life, but also the planet, the wind and every
substance that is. Everything breathes for the whole of its duration. Inhaling and exhaling, these particles bring vital balance and
connections to life.

Adamantine particles belong to both the infinite world and the limited realm of physical existence. They were the ‘First Light of Creation.’
They are forever the light of consciousness. They provide the fuel and dynamic energy to propel thoughts into manifestation. They give flesh
to spirit as well as new life, nourishment and healing to life.
Because they are commanded by love and conform to the nature and will of spirit, adamantine particles belong to all dimensions. Remember
that adamantine particles respond to magnetic attraction and with regard to human potential, it is by your love that you command them.

Understanding adamantine particles and the conscious utilization of them belongs to the realms of higher consciousness. The Greater law of
ownership always prevails and that law states that ownership belongs to love, to responsible custody, and the utilization of power for the
good of all.

You must first learn about the Sacred Heart and learn how to centre your life around it completely. Only the true Sacred Heart can sense
the vital flow and charge of the particle energy. When the Sacred Heart comes to life again and its fire glows within you will begin to
magnetize a fresh supply of adamantine particles from an infinitely abundant universe. There is no limit to the adamantine particles that
can be drawn to you. These can be used for empowering your life, for healing it and lifting it to a higher state of performance. The Sacred
Heart is a Holy Chamber. This is the place where true prayer takes place. It is a place of peace and solitude, a place so powerfully
connected to your Source, that all you have to do is enter it for prayer to occur. You don’t even have to say anything, as being with
God is the prayer and entering the Sacred Heart/Holy Chamber is a sacred act.” Partially accessed from the website: http://www.Awakenin
g-Healing. com and from Archangel Michael through Ronna Herman’s book,
Revealed Truths for the New Age (Revised Edition).